DigimonWiki
Register
Don't have an account?
Sign In
Advertisement
in: Articles with section stubs, Partner Digimon, Characters in Digimon World: Next Order, Protagonists

Yukimura (ユキムラ, Yukimura?) is a Guilmon, and is Kouta Hirose's Partner.

Yukimura is a stoic type who's relentlessly courteous to everyone he meets.[2] 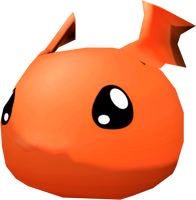 Jyarimon is Yukimura's Fresh form. After reverting to an Egg due to being killed as a SkullGreymon, Yukimura eventually hatched as a Jyarimon. Luckily for Kouta, Yukimura retained his memories and forgave him for his actions. 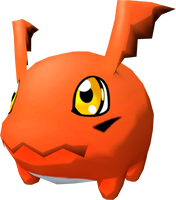 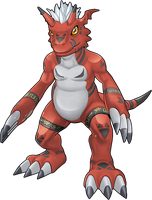 Growlmon is Yukimura's Champion form. Excited about his newly digivolved Growlmon, Kouta has Growlmon attack one of the rampaging Machinedramon. Yukimura attacks it with his "Exhuast Flame" attack, however it does no damage, and the Machinedramon defeats Yukimura with one "Booster Claw". Luche dives in the way of an attack intended to kill Kouta and Yukimura, however the Hero arrives at the last second and defeat the Machinedramon, turning it back into a Shoutmon. This defeat depressed Kouta, and leads him to abuse and bully Yukimura for not being able to defeat a Digimon two levels higher than him.

After being defeated by a wild Machinedramon, Kouta forces Yukimura to train constantly with no breaks and abuses his partner. Despite being told to allow Yukimura to rest, he refused to do so, thinking that if he abused his partner enough, he would eventually digivolve into a Machinedramon, which would be powerful enough to defeat the enemy Machinedramon. This however, backfired as instead of becoming a Machinedramon, Yukimura instead Dark digivolved into SkullGreymon. Yukimura then went on a rampage and had to be killed by Takuto/Shiki's partners, reverting Yukimura back into a Digi-Egg. 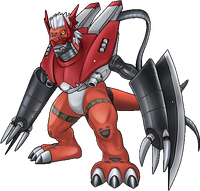 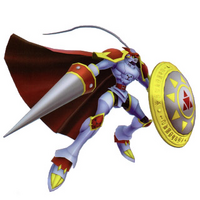