The legacy of Dr. Spencer Damon is felt throughout the series, even though he does not appear in it personally at first. He is Marcus's father, and a member of the expedition to the Digital World. When the group was forced to escape back to the human world, he was left behind, and for a while, it was unknown what happened to him. That is, until the answers were revealed by the Digimon called Merukimon. Spencer had remained back in the Digital World in order to seek out the "god" of the Digital World named King Drasil. Before that, however, he created the Data Link Digivice, and sent the data for it to the human world along with Kudamon and Kamemon. After making a deal with Merukimon to preserve the peace of both worlds, he departed. On his journey, he saved ElDradimon and the Sacred City from sinking in the sand. Over time, he was joined in his search by BanchoLeomon until they found Yggdrasill, but things went wrong and by the time Marcus and the gang confronted Yggdrasill, it used Spencer's soulless body as its own. The soul of Spencer himself was taken in by BanchoLeomon at the last second when the Royal Knights advanced on them. However, thanks to his friend's sacrifice, Spencer was restored and Yggdrasill was purged from his body. Spencer returns to his family at the end of the last episode. 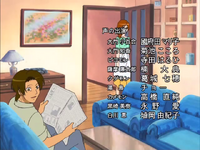 Retrieved from "https://digimon.fandom.com/wiki/Spencer_Damon?oldid=517018"
Community content is available under CC-BY-SA unless otherwise noted.