Sho Kahara (華原 ショウ, Kahara Shō?), also known as the Black Knight, Knight (黒騎士・ナイト, Kurokishi Naito?) and the Hacker Tamer (ハッカーテイマー, Hakkā Teimā?), is Tsurugi's childhood friend, though he has grown distant with time. He is protective of his black Digimon Mini, even shoving Tsurugi away when he moved to take a closer look. As Knight, he has the power to turn the Digimon he defeats into trash data, unable to be reborn.

He and Peckmon interrupt Tsurugi's battle with Kondoo by deleting Kondoo's Raremon. Deliberately provoking Tsurugi, Sho then has Peckmon mercilessly attack Greymon while defending with Protect, up until the point where Greymon actually breaks Peckmon's Protect, to his disbelief. Then Sho orders Peckmon to first disable the Battle Terminal, thereby freezing Greymon in place, then to attack Greymon head-on, inflicting a critical blow. He then orders Peckmon to kill Tsurugi, but a cloaked figure intervenes, and Sho is forced to report to his boss in disgust about his failure. At that point, he reveals to the audience that he is Knight and has the Bird DigiMemory.

In his battle against MegaKabuterimon to claim the Insect-Plant DigiMemory, Sho digivolves Peckmon into Crowmon. He then infiltrates Light City to give the position of the base and tells how he has always fought alone to honor his promise to Norn. In the human world, Sho has been protecting kids from bullies and, in the process, has his Digimon Mini containing his Peckmon destroyed. Barbamon then calls him to the Digital World, showing that he has saved Peckmon from death. He then gives Sho his black Digimon Mini, which allows him to transfer between worlds. In order to fight the suffering of "Art" Digimon caused by human Tamers, Sho swears fealty to Barbamon and became his Knight, using the Dark Digisoul to heed Barbamon's wishes.

In the battle between Crowmon and RizeGreymon, Tsurugi and Ami are treated to the lonely thoughts residing in Sho's heart, how he believes he has to stand alone. It is then revealed that Barbamon used brainwashing power to turn Sho to his side, only Sho himself reveals that he allowed himself to be converted. He states that while Tsurugi has always lived a life of light, surrounded by friends, Sho was trapped in a world of darkness, loneliness. Barbamon was the only one to acknowledge his potential, his ability to fight for justice even with his darkness. Refusing to accept that, Tsurugi makes his Digisoul shine to dispel Sho's Dark Digisoul and has RizeGreymon destroy the Black Digicore in Sho's heart. Surrounded by his friends, Ami tells Sho that every human has darkness in his heart and that because Sho was only to conscious of it which led to his fall. Sho then admits that he declined the hands which reached out to him, resenting the light. As Tsurugi asks Sho to join their journey, he passes out.

Initially choosing to stay behind, he reappears with a new will to save Norn. Sho uses Burst Charge in spite of his weakened state, sapping his life to help Peckmon achieve Mega level as Ravemon. He uses his Digisoul to remind Murmukusmon of his past before defeating him and freeing Norn. Sho then has to rest, but recovers in time to use his Digisoul to help open the portal to NEO.

At the end, now purified, he says goodbye to Norn and returns to the Real World.

Sho, Tsurugi, Yu, and their Champion Digimon participate as contestants in the inter-dimensional Legend Tamer tournament. 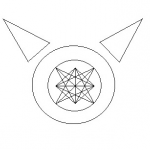