Megumi Shirakawa (白川 惠, Shirakawa Megumi?) is a fictional character in the anime series Digimon Data Squad. She is voiced by Yukiko Hanioka for the Japanese version, and Stephanie Sheh in the English dub.

Her best friend is Miki Kurosaki and they do everything together. She is more light-hearted than Miki and usually just wants to have fun.

Miki is one of the DATS' computer operators. She primarily aided the team from the control room. She is a person that usually identifies a Digimon when it appears in the real world or in some ocations also the Digital World. Her partner is PawnChessmon (White), which she is really close to. The PawnChessmon are total mutes so Megumi and Miki do their talking for them. She seems to have a not so secret crush on fellow DATS member Thomas H. Norstein, and is really good friends with Yoshino "Yoshi" Fujieda.

Her family name is a pun on "white" (白, shiro?), referring to Megumi's white PawnChessmon.

Megumi wears the same uniform as Miki. She has blonde hair and brown eyes. She is also shown to have a White and black digivice.

Under the command of SaberLeomon, Gotsumon led an army of Boarmon and Pteramon to invade the human world, Miki and Megumi helped in this battle. Their digimon protected Marcus, Thomas and Yoshi with their "Pyramid Formation" just before a couple of missiles could hit them, after that, they digivolved into their Champion forms KnightChessmon to fight the Pteramon and Boarmon. The Digimon Army Makes Its Move

After their DATS branch was disbanded, Megumi and Miki's Pawnchessmon fought two of the three Bio-Hybirds Nanami and Ivan, but didn't do any good, they were defeated. Due to this Miki and Megumi were left behind with Keenan's family while the rest of the team went to the Digital World.[citation needed]

When Marcus and the others went back to the Real World they faced Belphemon, Megumi helped in the battle and aided the team by digivolving her Pawnchessmon to his Ultimate form BishopChessmon. Her Digimon did quite well, even when Belphemon changed into its Rage Mode. But when Kurata started to drain the city's power Belphemon got much stronger and after a while her digimon got turned back into his basic Rookie forms. Not long after Belphemon's defeat, the PawnChessmon digivolve once again to their ultimate forms when Gallantmon appears in the Real world causing chaos. Miki's, Megumi's and the other human's partner Digimons didn't stand a chance with Gallantmon's power and they were defeated swift and easily, Gallantmon was finally defeated when Kudamon digivolved into Sleipmon and brings Gallantmon down with his "Odin's Breath" attack.[citation needed]

She also helped defeat King Drasil in the Final Battle. When King Drasil was defeated the DATS crew decided that they are closing the gate permanently. Because of this the Digimon had to return to the Digital World to restore the peace and harmony that was lost. Before the Pawnchessmon left, the two went to the Hot Springs and went to the Kareoke. 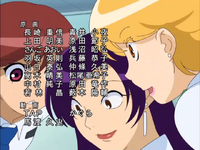 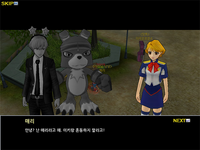 Megumi is an NPC. She sells the Rider Wing for 500M.

Retrieved from "https://digimon.fandom.com/wiki/Megumi_Shirakawa?oldid=509212"
Community content is available under CC-BY-SA unless otherwise noted.