DigimonWiki
Register
Don't have an account?
Sign In
Advertisement
in: Articles with section stubs, Characters in Digital Monster DProject

View source
watch 01:43
DC Fandome - The Loop
Do you like this video?
Play Sound

This is a list of characters from the Digimon game Digital Monster DProject.

The DigiCode Inputter (デジコードをいれるもの, DejiKōdo wo Ireru Mono?), also called Number Inputter (スウチヲイレルモノ, Sūchi wo Ireru Mono?) by Apocalymon, is the protagonist of Digital Monster DProject. Despite being nameable, almost all characters refer to him by his title. He is a WonderSwan player who is transported by Ophanimon to the Swan World inside his game after preventing the world from being completely deleted.

The DigiCode Inputter is a boy with spiky brown hair. He wears a green jumpsuit. 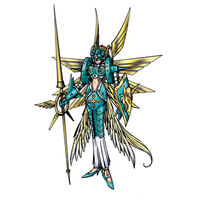 Ophanimon is the DigiCode Inputter's guide, and a disembodied voice who accompanies the boy through his journey.

The Evil Digimon (あくのデジモン, Aku no Dejimon?) are Digimon that got corrupted by Cherubimon's darkness. They believe it's their fate to delete the Swan World. 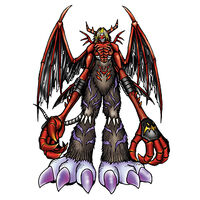 VenomMyotismon is the leader of the Evil Digimon in Cherubimon's absence. 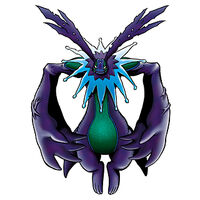 Cherubimon is the source of the Evil Digimon.

Cherubimon was born when someone inputted the Forbidden DigiCode "000-0000" in the Digitama Maker, which caused the Digimon's data to be merged with a deletion program. The Digimon Sovereigns, unable to defeat him, sealed him. However, Cherubimon's evil still managed to corrupt many Digimon, including the Sovereigns themselves.

The DigiCode Inputter eventually unseals Cherubimon with the Forbidden DigiCode in order to defeat him. After the battle, Cherubimon seems to be deleted, but when the dust seems settled, he attacks the DigiCode Inputter again, this time aided by VenomMyotismon and Beelzemon. After being defeated again, he finally disappears, giving up on the Swan World, but swearing to not lose the next time. After that, the Digitama Maker's ability to use the Forbidden DigiCode is removed, completing the DProject.