A list of characters in the manga series Digimon Next. 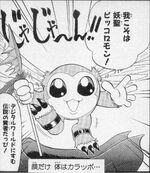 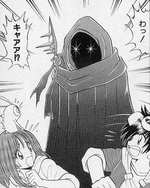 Piximon first appears as a cloaked figure observing Tsurugi Tatsuno's movements. He watches him battle and then warns him of the Hacker Tamer, but Tsurugi believes him to be part of a video game event and doesn't take the warnings seriously. However, when Peckmon defeats Greymon and moves to kill Tsurugi, Piximon intervenes and takes both Tsurugi and him to safety. Revealing himself, though Tsurugi initially believes him to be Sho Kahara, he explains that he took them to the Digital World, beating into Tsurugi's head that they aren't in a video game. At the Hidden Valley, he explains that Barbamon and his Commandments have been spreading fear in the world and that if he obtains all the DigiMemories, he would have incredible power.

A Sealsdramon from the Commandments attacks a village. Piximon is heavily wounded in the resulting fight as well as having his DigiMemory stolen. Seeing Tsurugi's resolve, he upgrades his Digimon Mini into a Digivice iC and tells him to go to Light City to meet another Sage.

He goes to Light City just in time to remind Tsurugi that the power to break through the Firewall is within him. He also appears toward the end to tell his Holy DigiMemory to restrain NEO. It is Piximon who transfers the Tamers back to the Real World.

Trailmon (C-89 Model) is a Trailmon dedicated to making sure his passengers get to their destination safely. He is the Trailmon Piximon has Tsurugi Tatsuno and Agumon board when he first transfers them to the Digital World and on whom Tsurugi continues to ride during his journey.

Trailmon is killed at Light City after being attacked by Mummymon and his Commandramon squad, as well as the Battle Armament Trailmon, while protecting his passengers. His death spurs Yu's Dark Digisoul. 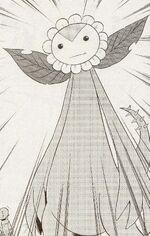 Sunflowmon is the leader of a caravan traveling through a desert. She protects Lalamon and Tanemon. She meets Yu and Gaomon at an oasis on the way to North Forest to meet MegaKabuterimon. When GeoGreymon is hurt by Meramon, she steps in to help the Tamers. She parts ways with the group at North Forest but meets up at the end in System World to show support against NEO. 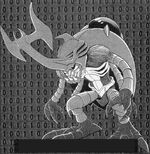 MegaKabuterimon is the leader of the North Forest. He has KoKabuterimon and Tentomon under him. He is challenged by Sho and is killed, with his Insect-Plant DigiMemory taken, by Sho's Crowmon. His instincts reappear at the end to restrain NEO from within. 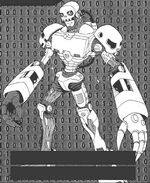 Andromon is another Sage of the Digital World who resides in Light City. He holds the Machine DigiMemory. He gives refuge to the Tamers once they come and in particular helps Yu Inui gain his confidence back by explaining how Digimon survive in spite of their weaknesses. He is eventually killed by Chaosdromon, but not before upgrading Yu's Digimon Mini into a Digivice iC.

Andromon reappears as a projection emerging from NEO's machine arm, revealing he placed a virus in his DigiMemory which allows the previous owners to influence the DigiMemory. 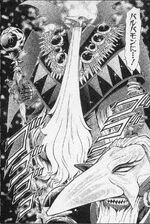 Barbamon is the Demon Lord who has taken over the Host Computer King Drasil in the System World, where he now makes his base. He aims to take over the Digital World by obtaining all the DigiMemories for the future of Digimon, NEO, already having the Dark DigiMemory. For that purpose, he created the Commandments and recruited Sho Kahara and Peckmon, who have the Bird DigiMemory.

As a member of the Seven Great Demon Lords, he forced himself into System World and confronted King Drasil on the policies of "Art" Digimon, Digimon born with Tamers. Upon deciding that revolution was in order, Barbamon merged with King Drasil and became the host computer itself. He fights Tsurugi Tatsuno but is killed when VictoryGreymon destroys him. His last act is to give his gathered DigiMemories to NEO, giving him consciousness.

Barbamon appears one last time when the other DigiMemory holders restrain NEO; his Dark DigiMemory imprinted with his consciousness gives NEO the ability to attack Tsurugi and Yu Inui, only to have his own Commandments turn on him. 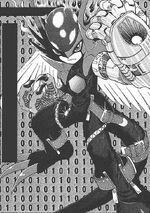 NEO is an artificial digital lifeform created by Barbamon. To complete this creation, all eight DigiMemories are needed. He first appears as a small black blob but evolves to an embryonic form by merging with the Holy and the Insect-Plant DigiMemories (which gives him thorns on his shoulders and mask). It grows a left arm after receiving the Machine DigiMemory and begins to grow a body and fiery hair after receiving the Aquan DigiMemory (alongside Pichimon who serves as his head). After Barbamon is defeated, it absorbs the Bird DigiMemory (which gives NEO wings) and Dark DigiMemory (which forms his body) along with a massive amount of data to take on an almost-completed humanoid form. Following his awakening, NEO defeats VictoryGreymon and ZeedGarurumon. NEO then steals the Dragon DigiMemory (which gives NEO a right arm) and the Beast DigiMemory (which gives NEO beast legs) to complete himself. His first act upon completion is to begin killing everything. His power is such that not even the Arbitrators, designed to take down King Drasil should he become corrupted, can damage him.

His power is restrained by the DigiMemories, however, except for Barbamon's. When given the chance, he separates space and time to destroy the universe. VictoryGreymon and ZeedGarurumon continue to fight him however, he asks them why they fight when he is the new universe. Tsurugi doesn't care and punches a hole through him. NEO realizes then that the future of the world is hope, not the despair NEO himself brings and it is the power of the bonds between lives which gives them power. NEO willingly dissolves himself into the DigiMemories in order to restore the universe, giving the future back. 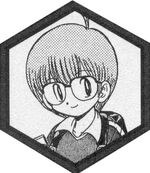 Tooru (トオル, Tooru?) is one of Tsurugi's friends in the soccer club. He is the one who first suggests that Tsurugi enter Net Battle, but is left behind to worry when all of his friends disappear. He futilely tries to convince police officers that Tsurugi disappeared into the Battle Terminal, but no one believes him. He and Ami are then taken to the police department, where they meet Inspector Inui, Yu Inui's father, whose son has also gone missing into the Net Game. He is the first to greet the Tamers when they return. 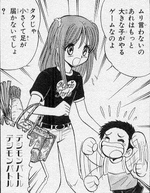 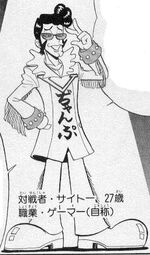 An Elvis Presley-esque DigiBattler, Saitō (サイトー, Saitō?) a 27 year old self-proclaimed gamer who is the first Tamer that Tsurugi battles in the Terminal. His Digimon Partner is a Greymon which is larger than Tsurugi's, but, due to Tsurugi's Greymon's speed, he loses. He then gets his mentor Kondoo to fight Tsurugi as a revenge.

Retrieved from "https://digimon.fandom.com/wiki/List_of_characters_in_Digimon_Next?oldid=509342"
Community content is available under CC-BY-SA unless otherwise noted.