Leomon was one of the first good Digimon that the DigiDestined met on File Island—but not under better conditions.

Devimon had infected Leomon with Touch of Evil attack, having Leomon attack the DigiDestined against his will. He was briefly freed from Devimon's control by Tai's Digivice to save Tai and Agumon by fighting Devimon. However, he was infected with another Touch of Evil attack and was under Devimon's control once more. Evil Shows His Face He later appeared to attack Mimi and Izzy when they were in Centarumon's temple, but they drove him off with their Digivices. When ordered to kill TK and Patamon, he was infused with an additional eight black gears which increased his size and power and darkened his colour tone, subsequently being able to incapacitate the obstructive Garurumon and Greymon with his Fist of the Beast King attack. He was freed by Matt and Tai with their Digivices. When he was freed by the children, he aided them in the final battle with Devimon, but was defeated. When Ogremon decided to get revenge for Devimon's death, Leomon scared him away. The Legend of the DigiDestined He also aided in the building of a raft that the kids needed to get to the Server continent. Departure for a New Continent

While the DigiDestined tried to save their world from Myotismon, the Dark Masters took over the Digital World. Leomon was among those who tried to fight back. After being exposed to the power of the DigiDestined's Digivices a few times when he was under the control of Devimon, he had inherited the ability to warp digivolve to his Mega form of SaberLeomon (skipping the ultimate stage). He rescued Mimi, Palmon, Joe, Gomamon and Ogremon from being found by MetalEtemon and took them to where Digitamamon's diner was. When MetalEtemon attacked, Leomon digivolved to SaberLeomon to fight him. He threw himself in front of an attack heading toward Mimi, being mortally injured in the process. Gomamon digivolved immediately to Zudomon and attacked with his hammer sparks but could not hurt MetalEtemon since his body was coated with Chrome Digizoid. However, when Zudomon then threw his hammer at him, it cracked his body because the hammer was also made of Chrome Digizoid. With his remaining strength, SaberLeomon punched his claw into the cracked wound, destroying MetalEtemon, but causing himself to revert to Leomon. As he died, Leomon made his peace with his arch-nemesis, Ogremon, and now waits to be reborn at Primary Village. Ogremon's Honor

In 2005, Leomon protected Elecmon and the Primary Village from an infected Ogremon while being watched by Dark Gennai, in the guise of the "Digimon Emperor".. During the fight, Leomon was wounded and cut across the chest.

Later, Ogremon realises in the Real World, leading Maki Himekawa, Daigo Nishijima and the army to try and kill him with machine guns and bazookas. Ogremon however, barely takes any damage and destroys the car Maki and Daigo came in. When he was about to kill the two of them, Leomon appears and takes Ogremon away through a distortion. Ogremon is later found by Mimi and Meiko Mochizuki, who are sent by Izzy to fight an Infected Digimon who had just realised in the Real World. Meicoomon and Togemon fight Ogremon, however due to the infection powering him up, Ogremon easily defeats the duo. Before he can kill them though, Leomon appears once again and drags Ogremon through yet another distortion.

Leomon is then brought to Koushiro "Izzy" Izumi's office by Taichi "Tai" Kamiya, where Leomon explains that Ogremon and other Digimon, started to act crazy due to a mutation, which Izzy calls an infection. Leomon informs them that the infected Digimon appeared first, with the distortions between the Digital World and the Real World coming afterwards. The DigiDestined leave their Digimon in Leomon's care whilst they go to the School Festival, but the partner Digimon attempt to convince him to take them. It's not until Meicoomon charms Leomon with a cute act that he agrees to sneak them into the festival under his disguise. He attempts to keep the excursion short and secret, but all nine of them quickly break free and run around the festival. Meicoomon is tricked by Maki into wandering off from the rest of the group, and is then then left on her own when Maki pretends to be getting them ice cream as a ruse to allow the "Digimon Emperor" to kidnap her. Leomon attempts to rescue her but is stricken when the infection spreads to him. The "Digimon Emperor" absconds with Meicoomon into a distortion, so Gomamon, Palmon, and Leomon, once the fit passes, follow the "Emperor" into the warp, where he summons an infectedImperialdramon Dragon Mode to attack the trio.

During the fight, Leomon succumbs once again to the infection, leaving Palmon and Gomamon to fight alone. When Mimi and Joe overcome their personal problems, Palmon and Gomamon are able to Digivolve to Rosemon and Vikemon, whilst Imperialdramon Mode Changes into Imperialdramon Fighter Mode. Just as Imperialdramon is about to finish the pair off, Leomon regains his composure and attacks the dragon Digimon, causing his attack to miss. At Leomon's prompting, Rosemon and Vikemon destroy Imperialdramon. Leomon then forces the "Emperor" to release Meicoomon, but when she escapes the distortion and leaps into his arms, his infection flares up again, startling Meicoomon into slide evolving to Meicoomon (Saltation). Running on instinct, she kills Leomon, opens her own distortion, then flees while everyone is still in shock. Determination Due to being killed in the real world, Leomon's death is permanent this time,[citation needed] but he is presumably reborn anyway after the Reboot due to its special features.[citation needed]

SaberLeomon is Leomon's Mega Form. After being exposed to the light of the Digivices, Leomon gained the ability to evolve straight to his Mega form, SaberLeomon. He remained an ally, but admitted he couldn't quite control the ability to evolve. He was mortally wounded by MetalEtemon when he took an attack meant for Mimi. Thanks to Zudomon cracking MetalEtemon's armor, SaberLeomon was able to destroy the evil Mega by punching his claw through the wound with his remaining strength before reverting into Leomon and dying. However, Ogremon said that the Primary Village had been poisoned by the Dark Masters' evil, so Leomon could not be reconfigured, along with Chuumon, Whamon or Piximon. 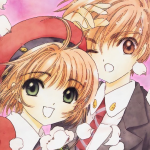