Kyotaro is a young man with fair skin, black hair, and black eyes. His hair is shaved below the top of his head. He wears a grey shirt, a dark grey necktie, a black suit, and black shoes.

Kyotaro is an FBI agent working undercover as Menoa Bellucci's assistant. He travelled with her from New York to Japan. His height and blunt way of speaking makes him come across as intimidating. 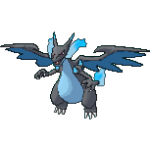