Digital Monster X-Evolution (デジタルモンスター ゼヴォリューション, Dejitaru Monsutaa Zevoryuushon?) is the eighth Digimon movie, and aired on January 3, 2005, at 7:15 a.m. UTC+9/JST on the Fuji TV network, making it the first Digimon movie to be released as a television broadcast rather than as a theatrical film. Unlike the other Digimon films, Digital Monster X-Evolution was made entirely in CG. Furthermore, it is a stand-alone film, rather than a continuation of one of the Digimon anime series, although it is loosely based on the storyline of Digimon Chronicle, a series of mini-manga which accompanied the Digimon Pendulum X toy.

On August 1, 2020, as part of DigiFes 2020, Toei Animation streamed Digital Monster X-Evolution on their Youtube channel, though it lacked subtitles.

The Digital World is becoming so overpopulated that the super computer Yggdrasill who governs the Digital World can no longer handle it. Its solution is Project Ark: to wipe out most of inhabitants with the X Program. Yggdrasill chooses a very small percentage to be moved to a new Digital World and then proceeds to destroy the old one. Some Digimon who were not chosen survive anyway, and they move to the new world with a rare gift known as the X Antibody; this antibody changes their appearance and makes them more powerful, while at the same time making them immune to the X Program. No longer in control, Yggdrasill uses the Royal Knights to destroy these X-Digimon, who are outcasts in the new Digital World.

Dorumon, a carrier of the X Antibody, attempts to flee from a Leomon, who is desperate to survive. Leomon doesn't have the heart to kill him and instead charges Dorumon to live for him in the new world. Leomon then expires, leaving a scar on Dorumon's heart. In the New Digital World, Dorumon is drinking water at a stream when Mushroomon attack him, blaming him and those like him for the world's trouble. Dorumon flees and questions his existence.

Meanwhile, the Royal Knights have a discussion on the nature of Project Ark, the X Program, and the Yggdrasill. Omnimon shows his absolute loyalty to Yggdrasill while Gallantmon begins to doubt.

During this time, WarGreymon X and a band of X-Digimon attempt to convince a group of normal Digimon to aid them against Yggdrasill. Unfortunately, the leader of the normal Digimon, Andromon, alerted Yggdrasill to the event beforehand, and it intervenes by sending Omnimon to wipe them all out. Omnimon destroys all of them, X-Digimon and regular Digimon alike, though WarGreymon X manages to save a Tokomon. He leaves Tokomon with Dorumon while he leads Omnimon away and eventually escapes. Omnimon is called into an emergency meeting with the other Royal Knights, where they confirm the existence of resistance bases in numerous locations. Omnimon restates his resolve to follow Yggdrasill's orders and wipe out all resistance.

WarGreymon X reunites with MetalGarurumon X, where they argue over the Royal Knights' allegiance. MetalGarurumon X wants to trust them, but WarGreymon X believes otherwise. Dorumon and Tokomon bond with each other and then unwittingly get in the way of more of Omnimon's brutal destruction, and when Omnimon sets his sights on them, he futilely fights back to protect Tokomon. Tokomon, on the other hand, refuses to idly sit back and watch Dorumon get hurt, so he attacks as well. Though they are no match for the Royal Knight, the two continue to fight until they are beaten and exhausted. WarGreymon X and MetalGarurumon X come in onto this scene, which angers MetalGarurumon X into direct confrontation with Omnimon.

Dorumon announces that Tokomon has died, just as Omnimon uses his Grey Sword to annihilate the surroundings. MetalGarurumon X uses his body to protect Dorumon and gives Tokomon his X Antibody in a scene that makes Dorumon flashback to Leomon. MetalGarurumon X expires after telling them to live for him, and the trauma makes Dorumon digivolve to Dorugamon. The X Antibody revives Tokomon as Tokomon X. Gallantmon intervenes in the battle and reveals that the second part of Project Ark is to wipe out all Digimon, regular and X. Gallantmon and Omnimon clash in the skies, until Omnimon succeeds in defeating Gallantmon, who knowingly kills himself in order to discern the truth. Afterward, Omnimon admits to Magnamon that he feels confusion in his battle.

The newly hatched DexDoruGreymon swarm a resistance and refugee hideout, the members of whom attempt to evacuate. A newly revived MetalGarurumon X buys them time, but DexDoruGreymon surround their exit. WarGreymon X, with Tokomon X in tow, begin to take on these DexDoruGreymon with the aid of the refugees, while they seal off the front from more. Upon sight of Dorugamon, Tokomon X rejoins him, but Dorugamon awakes to the sight of destruction and massacre. The rage causes him to digivolve to DoruGreymon, where he has a mental breakdown considering his similarity of appearance to the attacking hordes. Tokomon X's belief in him restores his faith in himself and the resistance. The Royal Knights watch this unfold, and Magnamon reveals to Omnimon that Yggdrasill planned for this result if the Royal Knights faltered. Omnimon storms off in a rage.

The DexDoruGreymon swarms increase in intensity until Gallantmon X intervenes. He lets the refugee faction finish evacuation and sends DoruGreymon to see Yggdrasill while he holds off the DexDoruGreymon. DoruGreymon wants to see Yggdrasill for the meaning of his existence, while Omnimon desires answers for Yggdrasill's actions. The two clash until DoruGreymon digivolves to Alphamon, revealing himself as the thirteenth Royal Knight. Omnimon then joins forces with Alphamon to get the truth, and Magnamon, though he physically does not stop them, warns Yggdrasill of their approach.

They dispatch DexDorugoramon along the way until they reach Yggdrasill's core. Receiving no answer to their questions, Alphamon and Omnimon attack the core, but Yggdrasill reforms DexDorugoramon into Dexmon, which fends them off. During the battle, Alphamon realizes that Dexmon is his opposite and shadow, and that to harm one is to harm the other. He then sacrifices himself in a blow that would defeat them both, striking Yggdrasill with the same stroke. Using the same lesson he learned from others, that life must be passed on, he gives his X Antibody to Omnimon, who becomes Omnimon X, and then merges with the dying Dexmon to revert to Dorumon. Omnimon X makes his decision and deals the final blow to Yggdrasill, resetting the Digital World.

Omnimon X tells these events to Gallantmon X, who reveals the true purpose of Project Ark. Yggdrasill intervened in the Digital World, but it grew too complex for it. It executed Project Ark in an attempt to live, the same will to live that drives everything else to live, as Omnimon X muses. The two Royal Knights then watch as Dorumon and Tokomon X reunite. 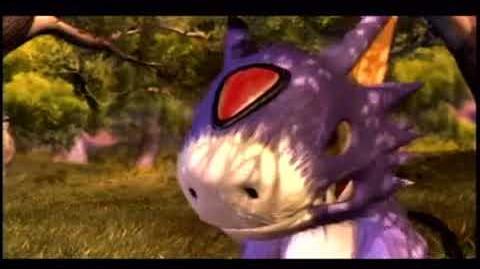 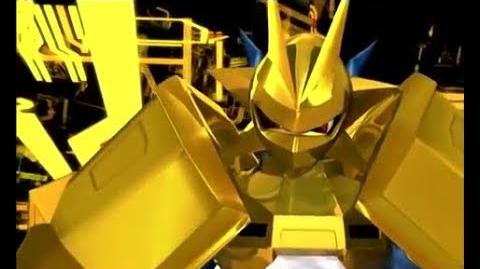 "Do you want to live? Even if I...took your X-Antibody...I still would not live long. You have good eyes. Live on my part in this new world. For the future of the Digimon...Sorry for chasing you."

—Leomon sets the tone of the film, though he probably didn't need to attack Dorumon first.

—Omnimon X and Gallantmon X consider the meaning of the recent conflict.