DigimonWiki
Register
Don't have an account?
Sign In
Advertisement
in: Anime, All articles with unsourced statements, Articles with section stubs

"Digimon: monsters who are born in the Digital World. Although they're made up of data, they can also cry, laugh, and fight like we do. They're our important friends! Let's gather up as many teammates as we can! Come along with us in our adventure through this world!"

Digimon Fusion (デジモンクロスウォーズ, Dejimon Kurosu Wōzu?, lit. "Digimon Xros Wars", pronounced "Digimon Cross Wars"), is the sixth anime series in the Digimon franchise by Akiyoshi Hongo. It is divided into three seasons, with the second in Japan titled The Evil Death Generals and the Seven Kingdoms (悪のデスジェネラルと七人の王国, Aku no Desu Jeneraru to Nanajin no Oukoku?), and the third, which was skipped in the American English dub, titled The Young Hunters Who Leapt Through Time (時を駆ける少年ハンターたち, Toki wo Kakeru Shounen Hantā-tachi?). The American English version simply names their two seasons as "Season One" and "Season Two".

The third season is considered a separate series by Crunchyroll.[1]

It is the first Digimon anime series to not have an associated movie.

Its first episode aired on July 6, 2010 on TV Asahi,[2] making it the first season in the series to air on another network in Japan (Fuji Television aired all other seasons prior to Xros Wars). Just over three years after the end of the fifth season, a new sixth series was confirmed by Bandai for the Digimon anime. The official name of the series was revealed in the June issue of Shueisha's V-Jump magazine. The art style for the series is more like the first four seasons than that of Digimon Data Squad, and traditions such as the Goggles have been brought back. It is also the first Digimon series to be broadcast in Widescreen and in Hi-Def. Toei filed a trademark for a "Digimon Fusion Battles" with the US Patent and Trademark Office,[3] while Crunchyroll began pre-releasing English subbed versions on November 21, 2011.[4] Bandai announced in a press release on September 25, 2012 that it had acquired and would debut the series on October 8-11 at MIPCOM in Cannes, France.[5]

The series premiered in Malaysia on December 8, 2012 at 9am on Disney XD[citation needed], and premiered in the United States on September 7, 2013, on Nickelodeon.[7]

The third season was a nominee for the 2012 International Emmy Kids Awards for "Best Animation", but lost to The Amazing World of Gumball.[8]

Casting of staffs and voice actors for Digimon Xros Wars was largely influenced by Gegege no Kitarō (2007) and Hakaba Kitarō (2008).[9][10]

Due to impacts from the bankruptcy of Lehman Brothers and as a part of Toei's promotion for upcoming Hollywood adaptation of Dragon Ball, release of DragonBall Kai was decided and Gegege no Kitarō in 2007 was discontinued, resulting in Digimon Xros Wars's transfer to TV Asahi's timeslot as the show was originally planned to release in the 9AM slot after Gegege no Kitarō (see here for more details).[11]

Mikey decides to help Shoutmon, and together with their friends, they form their own army, the "Fusion Fighters", departing to travel throughout the Digital World, collecting the Code Crowns. During their travels they meet many friendly Digimon who join their cause while facing the evil Digimon of the Bagra Army, including its three commanders-in-chief, Tactimon, Laylamon, and Blastmon. They also encounter rival armies Blue Flare, led by Christopher, and Midnight, secretly led by AxeKnightmon with Nene as a tool in his schemes. After Nene is rescued from AxeKnightmon, who created the Darkness Loader to perform DigiFuses without her help, she and her loyal companions also join the Fusion Fighters.

After all 108 Code Crowns were claimed, Tactimon manages to steal Mikey and Christopher's Code Crowns. Though Tactimon is defeated by the teamwork of the rival groups, Bagramon uses a dimensional warp to take the Code Crowns for himself, which sends Mikey, Angie, Jeremy, Shoutmon, and Tactimon, to Earth. With the Fusion Fighters disposed of, Bagramon is reunited with his brother AxeKnightmon as he begins his reign over the Digital World. On Earth, Tactimon attempts to wreak havoc before his attempts are thwarted by Mikey and Shoutmon, who uses the power of human emotions to digivolve and defeat Tactimon and then return to the Digital World with Mikey.

Upon returning to the Digital World, Mikey and Shoutmon learn that Bagramon had it remade into seven kingdoms, each ruled by a Dark General possessing their own Darkness Loader, and whom now collectively rule the Digital World. Reunited with their allies, Mikey and Nene convince Christopher to join forces with them, and they set out throughout the lands to challenge the Dark Generals and liberate the Digital World from their oppression. Along the way, they also try to discover the fate of Nene's lost brother, Ewan. As they fight their way deeper into the war, they learn that Ewan has actually joined AxeKnightmon and the Bagra Army out of a belief that in the Digital World he is free to let his fettered hostility out, but by the time the Fusion Fighters finally challenge the gestalt MegaDarknessBagramon, Ewan has realized the truth and joins them. Together with all the Digimon of the Digital World, they finally defeat MegaDarknessBagramon through Shoutmon X7F Superior Mode and restore the Digital World and Earth to a state of balance.

The Young Hunters Who Leapt Through Time

A year has passed since Mikey and his friends saved the Digital and Human Worlds from MegaDarknessBagramon. Now Digimon from DigiQuartz, a space between the worlds, are being corrupted by human hearts and causing trouble in the human world. Furthermore, a group of three Digimon Hunters are found to be fighting and capturing these Digimon. Once captured the Hunters can use them to digifuse with their partners to make them stronger so they can capture even stronger Digimon. Alongside their new friend Tagiru Akashi, Mikey Kudo and Ewan Amano get involved with the mysterious Digimon Hunt and become a team of Digimon Hunters themselves.[12] After demonstrating their worth hunting escaped Digimon, the Old Clock Shop Man reveals that the true purpose of the Hunt is to determine the best candidate to stand alongside legendary heroes from other universes and fight Quartzmon, an immensely powerful remnant of MegaDarknessBagramon's data.

Digimon Xros Wars first aired on TV Asahi in Japan on July 6, 2010. Its second part, The Evil Death Generals and the Seven Kingdoms, began airing on April 3, 2011, and the third, The Young Hunters Who Leapt Through Time, began airing on October 2, 2011.

Digimon Fusion and The Evil Death Generals and the Seven Kingdoms

The Young Hunters Who Leapt Through Time

The threat that Quartzmon posed was so great that DigiDestined, Tamers, DATS agents, and the like had to be brought from other universes in order to combat Quartzmon on multiple fronts. The purpose of the Digimon Hunt was to pick a Hunter Representative to join the greatest heroes of the multiverse in the final battle against Quartzmon with the fate of all creation at stake.

As opposed to previous series, the Digital World of Digimon Fusion has existed since before the invention of digital technology, and it's only recently that the Human World has become able to tap into and influence a small percentage of the Digital World's data. The Digital World is split into one hundred eight Zones, which are equivalent to countries. The Green Zone is the area that Mikey and crew first arrive in and where Shoutmon's home, the Village of Smiles, is located. The group explores many more Zones as they obtain the Code Crowns, but once Bagramon obtains the completed Code Crown, he reformats the Digital World into seven Lands, each based off of one of the days of the week.

The DigiQuartz is the place where the Digimon Hunts take place. It is a space between the Human and Digital Worlds, acting as a digital mirror of the Human World. It is quite fragile, and the matter within can disintegrate into data at a touch. Due to the DigiQuartz's connection to the Human World, the events within it often play out in the Human World through various analogues, such as windows blowing out or objects moving around.

Various Digimon manage to find their way into DigiQuartz and are lost there before being drawn to and corrupted by the power of human emotions. While Mikey attempts to get to the bottom of it at his end, Shoutmon has been attempting stop his fellow Digimon from traversing into DigiQuartz. Hunters must use a "Time Shift" with their X Loaders to enter the DigiQuartz, but many of the corrupted Digimon can simply draw in human victims from the other side.

The DigiQuartz imposes several rules on Hunters, most of which limit their power. For example, it is impossible within the DigiQuartz for a Hunter to realize more than one of his Digimon at a time, and they can only digifuse two Digimon together at a time.

Promotional poster for Digimon Xros Wars: The Young Hunters Who Leapt Through Time 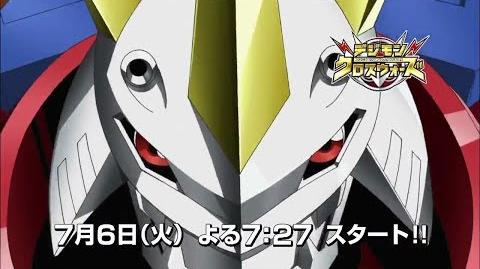 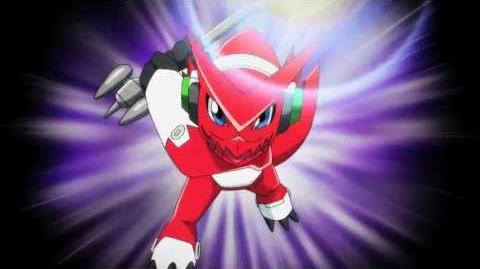 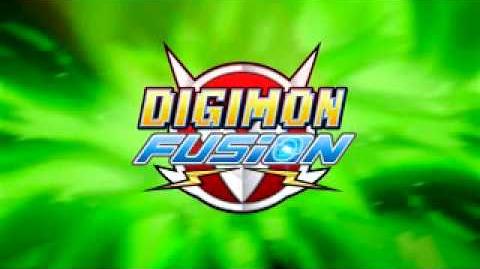