Digimon Adventure (デジモンアドベンチャー, Dejimon Adobenchā?) is the first season of the

saga Digimon: Digital Monsters. Its premise involves a group of boys and girls being whisked to a parallel reality called the Digital World, sometimes called "DigiWorld" for short, while at summer camp. They were taken there because they were chosen to become DigiDestined, the children that would save the Digital World (along with Earth near the end of the series) from the evil forces that threatened to destroy it. Each of the children received a Digimon partner who was preprogrammed to be bonded to them, as well as miniature devices called Digivices. With the power of the Digivices, their Digimon partners could become stronger forms to battle enemies or save their partners from danger. An RPG-retelling of the series was released on the

as part of Digimons fifteenth anniversary. A

Traveling to the Digital World was an experience that leaves the children bewildered. Their Digimon partners are suddenly thrust upon them, as well as the concept of having the Digimon digivolve into stronger creatures, and so the children have to find out how to be DigiDestined as they go along. They quickly learn of the Digital World's plight, and how evil Digimon are intent on ruling it for themselves. Although they originally fight just to return home, they eventually vow to save the Digital World for the sake of their Digimon friends. As the plot evolves, the children deal with various aspects of maturity: making friends, being courageous, standing for one's morals, etc. Each child receives an object called a "Crest" that embodies a particular trait that defines them, whose power could be used to digivolve their partners to the next level. Taichi "Tai" Kamiya has Courage, Yamato "Matt" Ishida has Friendship, Sora Takenouchi has Love, Mimi Tachikawa has Sincerity, Koushiro "Izzy" Izumi has Knowledge, Joe Kido has Reliability, and Takeru "T.K." Takaishi has Hope. It is later revealed that the children were chosen to become DigiDestined during the battle between Greymon and Parrotmon, and that their Crests represent the positive personality traits that they most strongly evinced at that time.

Eventually, an army of evil Digimon led by Myotismon crossed through a
dimensional gate
from the Digital World to enter Earth. The DigiDestined and their partners followed. Specifically, they landed in Odaiba, Japan, the children's home town. As the DigiDestined battled on Earth, they were joined by an eighth member, Kari Kamiya, Tai's sister and carrier of the trait of Light. While this was happening, a group of four Mega level Digimon called the Dark Masters besieged the Digital World. Once things were taken care of on Earth, the eight DigiDestined returned to the Digital World once again in order to defeat the Dark Masters one by one, and eventually their real enemy, Apocalymon, the Digimon who made all of the evil Digimon the DigiDestined had previously destroyed. When Apocalymon was defeated, the children went back to the Real World, leaving their Digimon partners behind.

The
English
version of Digimon Adventure was somewhat unique at the time it was
dubbed
. Most anime dubbed in the
1990s
changed the names of characters and locales for the sake of
localization
. In Digimon, however, most names of the DigiDestined remained unchanged or were shortened to
Americanized
nicknames. Some Digimon names were modified into English equivalents, and in rare cases to
Japanese
equivalents.

When it was aired, the English Dub in the Philippines, in the early 2000's was produced by the broadcasting company, ABS-CBN, and most names of the DigiDestined remained unchanged but the Digimon names remained in Japanese equivalents. The characters' voices in the Filipino-English Dub are in a teenage-like matured voice except for both T.K. and Kari rather than the ones heard in the original English dub. The Digimon also have different accents during the dub as Greymon, Angemon and Birdramon and their Ultimate forms have been voiced by the female voice actresses in contrast for being voiced by the male voice actors in the original English Dub. Therefore, both Tokomon and Patamon are also voiced by a male voice actor instead of being voiced by the female voice actress in the same dub. When the Digimon digivolves from In-Training, Rookie and Champion forms they would say "changes" rather than "Digivolve to" but when transforming into their Ultimate forms they would say "Digivolves". Both Agumon and Gabumon's transformation to their Mega forms they would say "Digiwarp" in contrast in saying "Warp Digivolve". The Digimon's abilities remained in the Japanese equivalents as well as the Digimon status from Izzy's laptop being spoken by the narrator rather than Izzy who spoke about the Digimon's status in the original English Dub. This was later re-aired in Animax.

In the sequel, Digimon Adventure 02, it initially retains the Filipino-English language from the previous season until the middle part of the series, where they now speak actual Tagalog due to switching dubs from English to their native language, Filipino.

Main article: Digital World (Adventure)
The Digital World (abbreviated as "DigiWorld") is a parallel reality made from data inside Earth's
communications networks
. It is the place where all Digimon live, and where the DigiDestined fight the majority of their battles.

DigiWorld's data manifested into a material form via the wishes of human children. The data reformed inside another parallel universe, a "dream dimension" that has the power to turn mental desires into reality. The Northern, Southern, Eastern, and Western ends of the Digital World are individually guarded by one of the four Harmonious Ones, benevolent Digimon who ensure the Digital World's well-being.

When an evil being emerged from beyond the Digital World's Wall of Fire, the Digital World's chronology was warped, throwing it out of sync with Earth, making it much older than it would be under normal circumstances—one Earth minute was equal to one Digital World day. Prophecy foretells that any time the Digital World is threatened by evil, a new group of children from each generation, called the DigiDestined, will come to the Digital World and save it. The DigiDestined for each generation were selected by a mysterious group, charged with the DigiWorld's protection. When the eight children of this generation witnessed a battle between a Greymon and a Parrotmon, the group chose them, and constructed their Digivices, Tags and Crests. A brutal attack by the Dark Masters left the whole group dead, save for Gennai, who was able to escape and hide the DigiDestineds' Digivices and seven DigiEggs until their time came. When Devimon began to take over File Island with his Black Gears, the time for the DigiDestined to be summoned came, and the Digivices were dispatched, transporting seven chosen children into the Digital World, where they battled with the evil Digimon there.

Myotismon attempted to conquer both the Digital World and Earth by killing the Eighth Child—the predestined eighth member of the DigiDestined. He opened a portal to Earth and led his army on an assault on Central Odaiba in the search for the child, who was eventually revealed to be Kari Kamiya, little sister of Taichi "Tai" Kamiya, leader of the DigiDestined. When Myotismon was finally stopped, a rift opened to the Digital World—but it had been horrifically changed. In the few days that the DigiDestined had been back on Earth, years had passed in the Digital World, and the Dark Masters had risen again, and conquered the entire world, reformatting it into the massive Spiral Mountain. When the kids defeated the Dark Masters, they were confronted with the Digimon that had made the four monstrosities—Apocalymon. Apocalymon was bent on sharing his sorrow with the rest of reality, and didn't care if he lived or died in doing so. Thankfully, the kids defeated him. With his defeat, the Digital World began to reformat itself into its original form, free of evil, also putting it back in synch with Earth-time, meaning time would move to the same pace in both worlds. After the battle with Diaboromon, Gennai called the DigiDestined back to the DigiWorld, where they released the powers of their Crests, forming a shield which restored peace to the DigiWorld, expelling all evil, but at the price that their digimon would no longer have the power to digivolve beyond the Champion level. 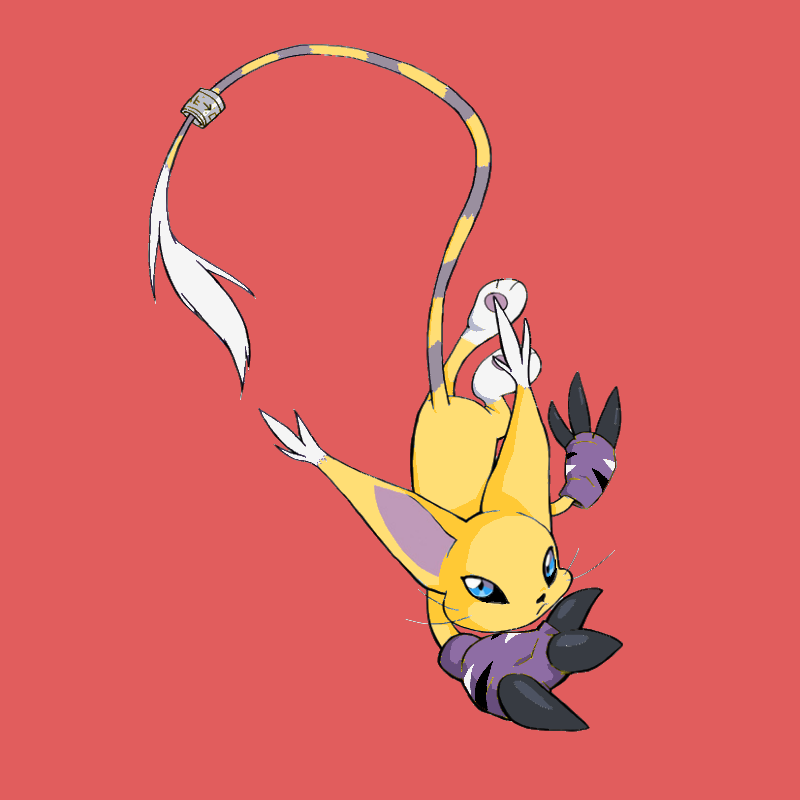