DarkLizardmon is an Evil Dragon Digimon. This is the evil twin dragon Digimon of Flarerizamon. Covered in darkness, it's aggressive, and has strong jaws and fangs. It is said that the helmet on its head is to protect its exposed flesh.[3]

Official romanization given by the Digimon Reference Book and used in Japanese media.

Name used in Digimon Tamers and some American English media.

Name used in Digimon World and most American English media.

Takato Matsuki and Guilmon defeat a female DarkLizardmon, but much to their surprise, she barely survives the attack, and asks them to make her stronger. However, just as she stands back up, a Hypnos task force led by Mitsuo Yamaki attacks her and takes her back to their headquarters, where her data is analyzed as part of producing Juggernaut. Yamaki then orders her still-living data to be deleted. Juggernaut

Darkrizamon is only available as a Black Champion Card with 11/11.

DarkLizardmon digivolves from Kotemon. It can be found in Chrome Mine.

DarkLizardmon is #137, and is a Champion-level, Attacker-class, Dark-species Digimon with a resistance to the Dark element and weakness to the Light element. Its basic stats are 160 HP, 180 MP, 113 Attack, 93 Defense, 66 Spirit, 78 Speed, and 43 Aptitude. It possesses the DarkBreath3 and EX Damage2 traits.

It dwells in the Shadow Abyss.

DarkLizardmon digivolves from Candlemon and can digivolve to Volcamon. In order to digivolve or degenerate to DarkLizardmon, your Digimon must be at least level 20, with 650 Dark experience and 125 attack. 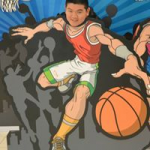