DigimonWiki
Register
Don't have an account?
Sign In
Advertisement
in: Articles with unconfirmed statements, Articles with section stubs, Buddy Appmon,
and 2 more

Rebootmon
Bootmon is an Appmon whom Leviathan is hunting for unknown reasons. In the manga, he is Hajime Katsura's Buddy Appmon.

Bootmon is considered "the most important person" by Leviathan, who wants to find him. A picture of him is kept in a secret file in the Deep Web.

When looking for Hajime, Rei Katsura and Hackmon steal files on people related to Leviathan, and finds Bootmon's picture, with the name partially obscured. On the same day, Leviathan orders the Ultimate 4 to look for him. High School CEO! Knight Unryuji Appears! When escaping from Leviathan, Rei and Hackmon stumble upon an image of Bootmon with his name intact. On the same day, Knight Unryuji asks Eri Karan to help him find Bootmon. Election Results! The Hands of Evil Aproach Eri! It is later revealed that Hajime actually created Bootmon under Leviathan's orders, and sent him off into hiding the minute Biomon showed up. Awaken, Sleepmon! Appmon Championships Again!! He is then followed by the Appli-Drivers, only to be found by Haru, Gatchmon, Yujin, and Offmon. However, Yujin later appliarised Shutmon and forced him to reduce Bootmon down to a chip, later revealing himself to be an android created by Leviathan to infiltrate the Appli-Drivers, and further initiate the Human Applification Project by capturing him. The Truth About Yujin

Bootmon is Hajime Katsura's Buddy Appmon. His app was created by Hajime. What Connects Us!! 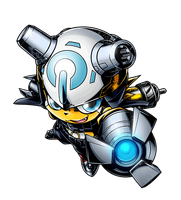 In the manga, after Deusmon's defeat, Onmon is at the celebration party in the Secret Base. Gatch!!