With Grumblemon finally gone for good, the warriors enjoy a day at the beach, though their enjoyment is quickly cut short when four of their D-Tectors are stolen.

After being teased by Mercurymon that she does not have her beast spirit, Ranamon contacts her fan club, telling them to search for her beast spirit. As it turns out, her fan club is made up of several Toucanmon, and they happen to be located on the same island that Whamon takes the DigiDestined to. All the children except Koji become excited at the idea that they're on a beach and all want to take a break. Although Koji initially wants to keep to the mission, the others convince him to rest. Spotting the Toucan Paradise, they find that it's run by the Toucanmon and are given a free meal. The Toucanmon then give them free beach rentals, and the DigiDestined go for a swim.

When the boys check the changing room, they find their D-Tectors gone. They confront the Toucanmon, demanding their D-Tectors back, but they refuse as Ranamon appears. Because the others are without their Spirits, Zoe spirit evolves into Kazemon to fight her. As they fight, Ranamon senses her beast spirit and finds it in a sunken ship. She beast spirit evolves into Calmaramon. The Toucanmon are disgusted by her ugliness and leave, still in possession of the D-Tectors. Meanwhile, Kazemon continues to battle Calmaramon, but right when Calmaramon seems to have the upper hand, she uses her Titanic Tempest attack and loses control, flying away from the DigiDestined. The children realize that the Toucanmon still have their D-Tectors and decide to chase after them. 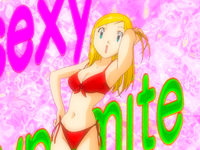 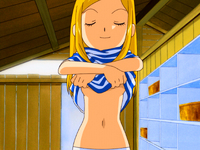