Aldamon is a Wizard Digimon. It possesses power over Flame that has transcended legend by inheriting all the might of AncientGreymon and acquiring unknown abilities. Although it makes many enemies with its rough behavior, its name is derived from the fused form of a god of Indian mythology,

, and since it possesses both the wildness of a beast and the intelligence of a human, it is a Demon God that fights by converting anger or fear into righteous strength. In battle, it unleashes super-wide ranged attacks that melt everything then burn it up without a trace. This aspect has enough destructive power, in that moment, to bear a close resemblance to the menace of modern nuclear weapons. Also, it is capable of fighting using the "Rudriya Darpaṇa" (रुद्रियदर्पण? lit. "Terrifying Mirror") superweapons[8] on both of its arms in hand-to-hand combat, and it specializes in close combat.[9] 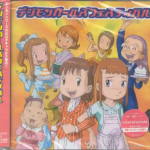